We are proud of our history in Reefton and our connection to the local and broader West Coast community. 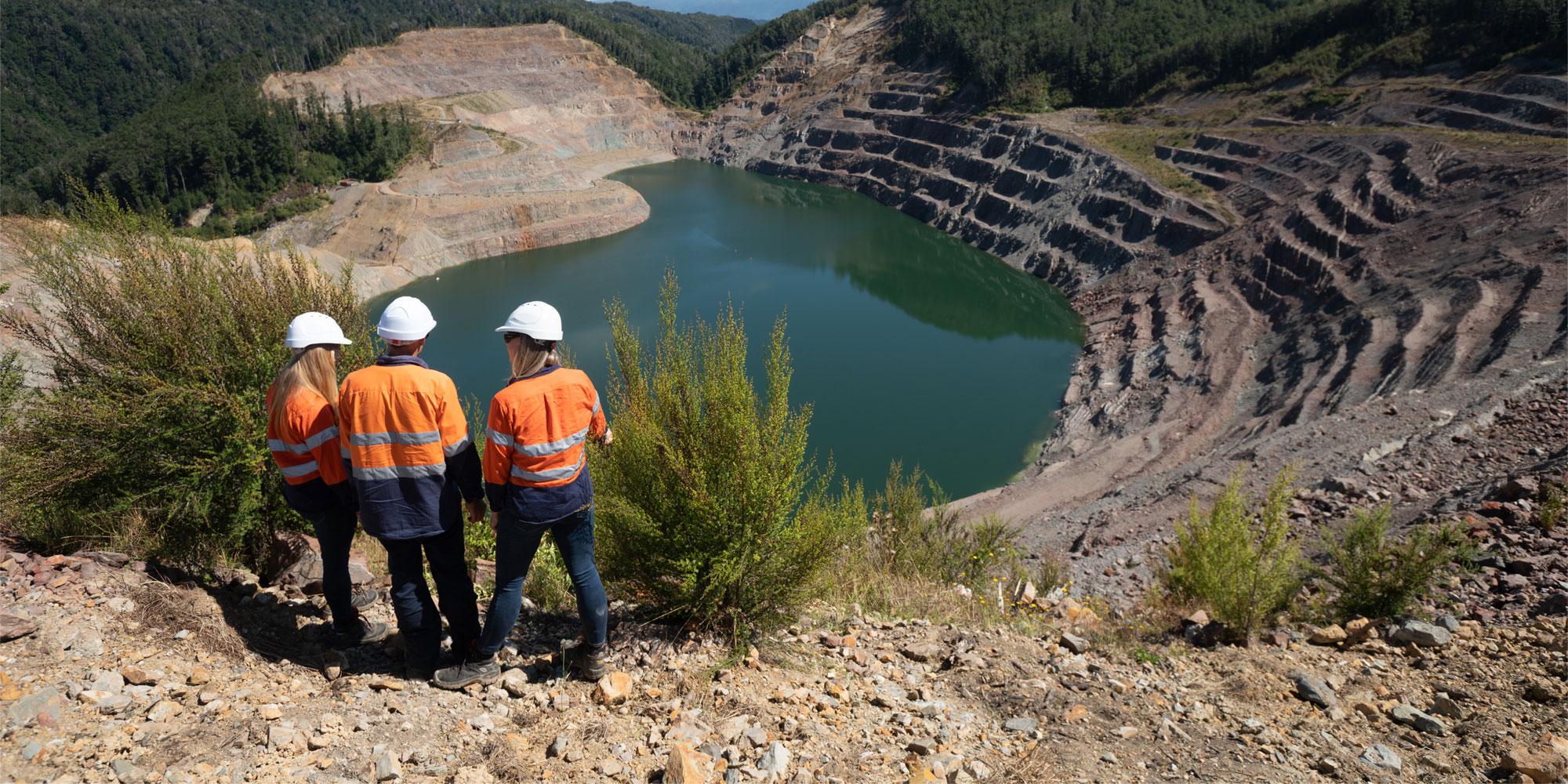 The former Globe Progress Mine is located at Reefton, within the Victoria Forest Park, on the West Coast of New Zealand’s South Island.

OceanaGold commenced commercial operations in 2007, producing 610,000 ounces over the life of the open pit operation. The mine transitioned from operations to closure and rehabilitation in 2016 and is now known as the Reefton Restoration Project.

The Reefton Restoration Project is known for its comprehensive closure and rehabilitation program, with works including:

As of October 2020, more than 130 hectares (of the roughly 260 hectares of disturbance) has been completely rehabilitated at the Reefton Restoration Project, including the planting of approximately 800,000 seedlings. We will be planting an additional estimated 200,000 beech and manuka seedlings by December 2023 with an extra 64,000 wetland plants to be planted into the lake margins in 2021.

The backfill, topsoil and planting of the former Souvenir Open Pit was completed in 2018, and the beached surface of Fossickers Tailing Impoundment was capped and restored in 2019, with Beech and Manuka planted during the Spring (September-November).

Once complete the impoundment will incorporate a shallow lake, which is maintained to provide a minimum two-metre water cover above the tailings surface (acting as a hydraulic seal). There will be riparian planting of native species on the lake’s margins and a small wetland adjacent to the eventual spillway. This methodology aligns with the restoration goal to ensure long-term stabilisation of the physical, chemical, and ecological condition of the tailings impoundment.

Our planting program is re-establishing ecosystems with indigenous species in a new post-mining landscape. Once complete post-restoration areas will consist primarily of forested areas populated by Beech and Manuka species, complemented by native Conifers, including Rimu and Miro trees.

The former Globe Progress Open Pit is now discharging to Devil’s Creek to maintain an appropriate level until the spillway construction is completed. As it filled, the team conducted continuous sampling and modelling, including monitoring the temperature and conductivity of the water down to a depth of 50 metres.

We are proud of our history in Reefton and our connection to the local and broader West Coast community of New Zealand. We have partnered with the Buller District Council and Inangahua Community Board, committing $250,000 to deliver projects to support Reefton into the future, including:

We are also supporting environmental partnerships with the Department of Conservation, including Te Maruia Waka Huia pest control and research program and Kaka Management.

Click here to find out more about the history of mining and closure in Reefton.